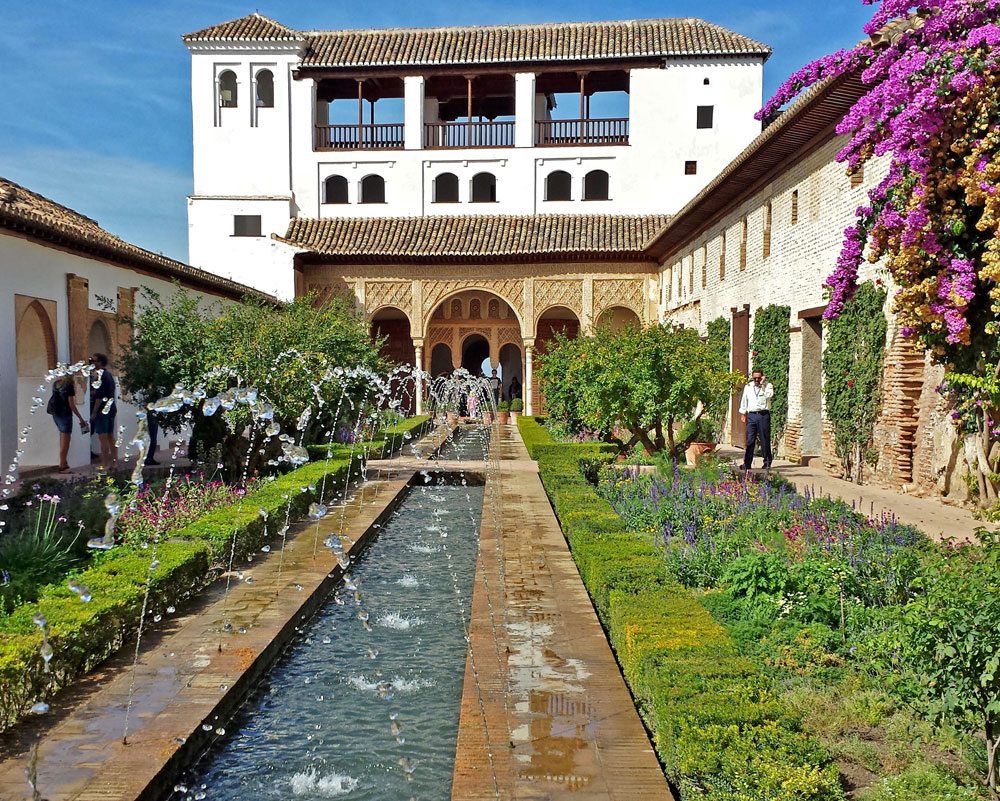 Widely known for Flamenco music and dance, bullfights, fantastic beaches and lots of sunshine, Spain has much more to offer than that.

It is – and has been for thousands of years – one of the cultural centers of Europe. It has beautiful cities and towns, full of ancient monuments as well as futuristic architecture.

Its various regions are all different, geographically, climatically and even in character. It is a fascinating country to know more about.

“Spain is different!”, Spaniards use to say. They don’t specify compared to what: to the rest of Europe, to the rest of the world, or even to itself? We don’t know either, but we will do our best to supply you with a wealth of information so you can find the answer to this question, and to many more, for yourself. 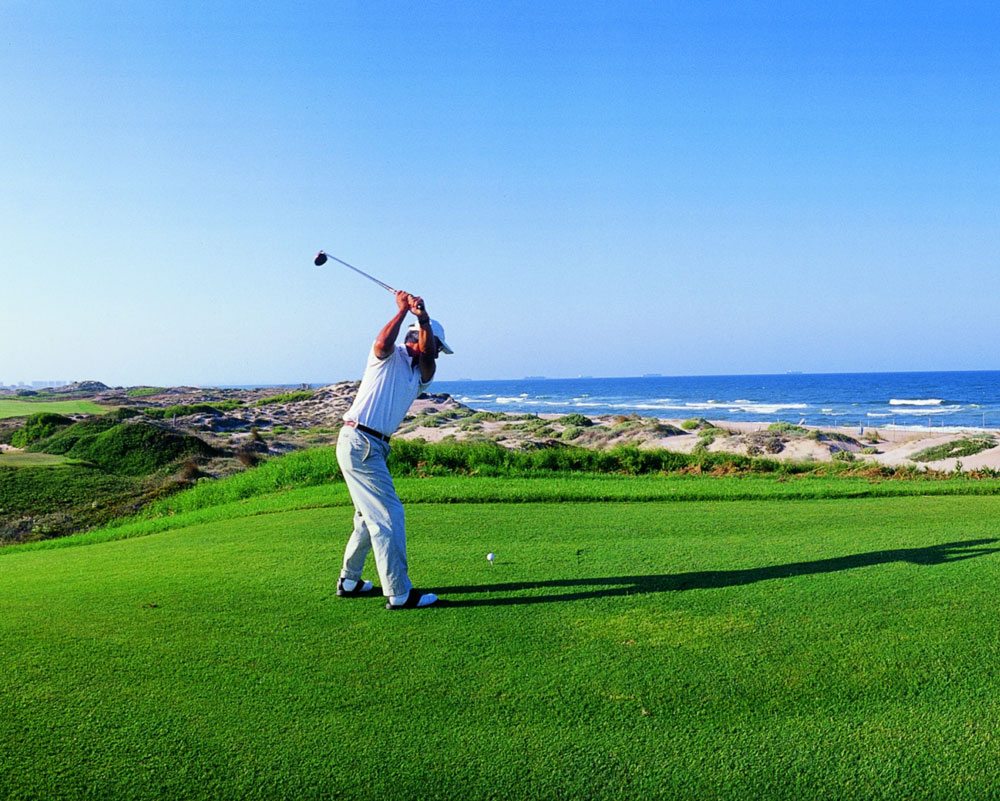 Spain is Europe´s preeminent golfing destination, and second in the world after the U.S.A. It has over 300 courses. Most are concentrated in the main tourist areas and islands, including Europe’s biggest concentration of golf courses – Costa del Sol, dubbed the ‘Costa del Golf’, where there are over 45 courses.

With the exception of a few months in the summer when it’s too hot, southern Spain has the perfect climate for golf, particularly during the winter. The country has a tradition of over 30 years in first-rate golf tourism and is renowned worldwide for the high quality of its courses and the amazing options available, being able to satisfy golfers of all levels.

Most courses are located in picturesque settings (sea, mountain and forest), many designed by famous designers such as Robert Trent Jones, Jack Nicolas and Severiano Ballesteros.

In addition to the huge variety and the high standard of its golf courses, Spain provides golf enthusiasts with an unparalleled opportunity to combine their passion for this elitist sport with an abundance of other recreational activities. This combination is what Finest Golf Spain will guarantee you in Spain. 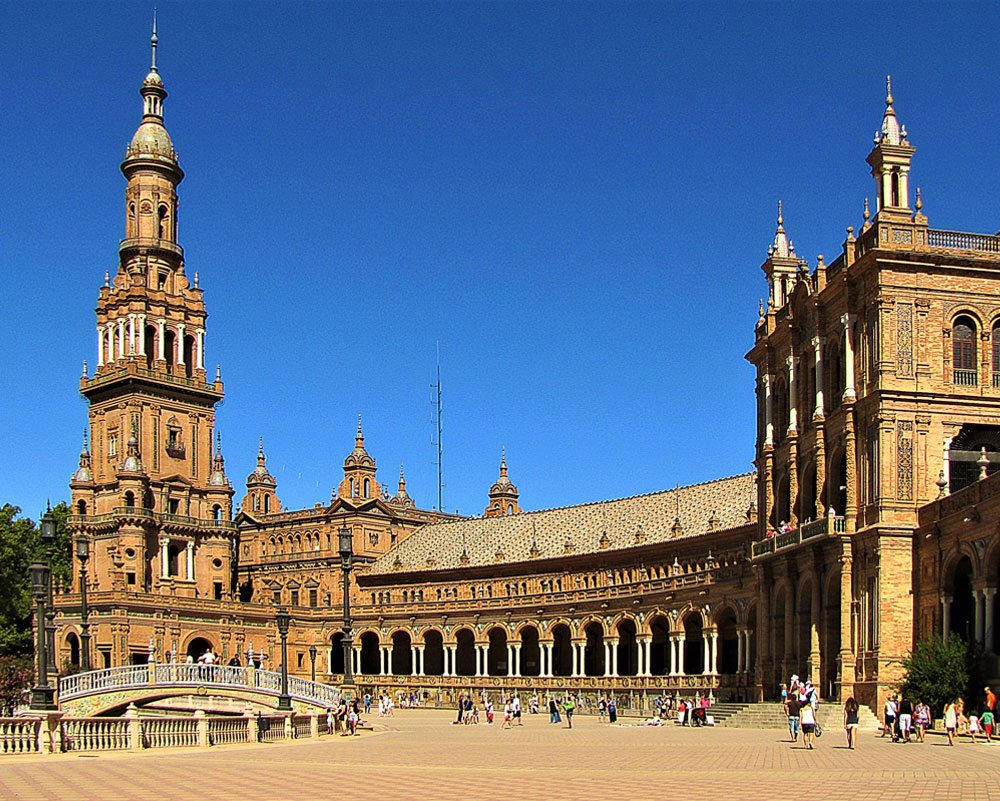 Spain is one of the warmest countries in Europe:

Spain has a predominantly warm Mediterranean climate, with dry summers and winters with mild temperatures. Here you can enjoy more than 3,000 hours of sunshine per year. When discussing the weather, special mention should be made of the Canary Islands. Their special location, facing the coast of Africa, gives them a benign climate with mild temperatures (22ºC year-round average on the coasts), and only small temperature differences between day and night, whatever the season.

Nevertheless, variety is the main characteristic of the climate, due to Spain’s immense geographical diversity. 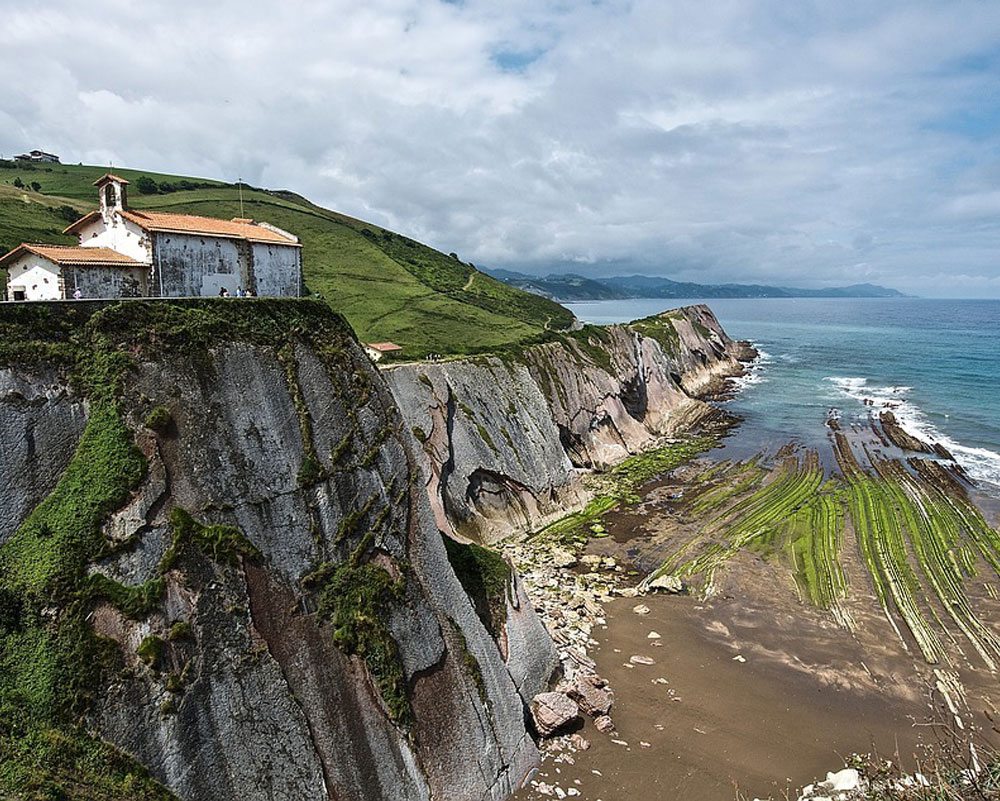 Spain is located in the Iberian Península, of which it occupies approximately 80% (the remaining 20% is occupied by Portugal), in the southwest of Europe. To the north Spain borders France and Andorra, with the Pyrenees as a natural frontier.

Additionally the Balearic Islands (Mallorca, Menorca and Ibiza) in the Mediterranean Sea, Canary Islands in Atlantic Ocean close to the Moroccan coast, and Ceuta and Melilla, located in northern Africa, are Spanish territory.

Spain is the 3rd largest country in Europe in terms of area, and the 5th largest in terms of population.

The landscape is extremely varied: in some places the terrain is almost desert-like, in others green and fertile. And of course there are the expansive coasts, to the east along the Mediterranean Sea from the Pyrenees to Gibraltar, and in the west (the major part of the Iberian peninsula’s western coast is occupied by Portugal) along the Atlantic Ocean and Cantabrian Sea. 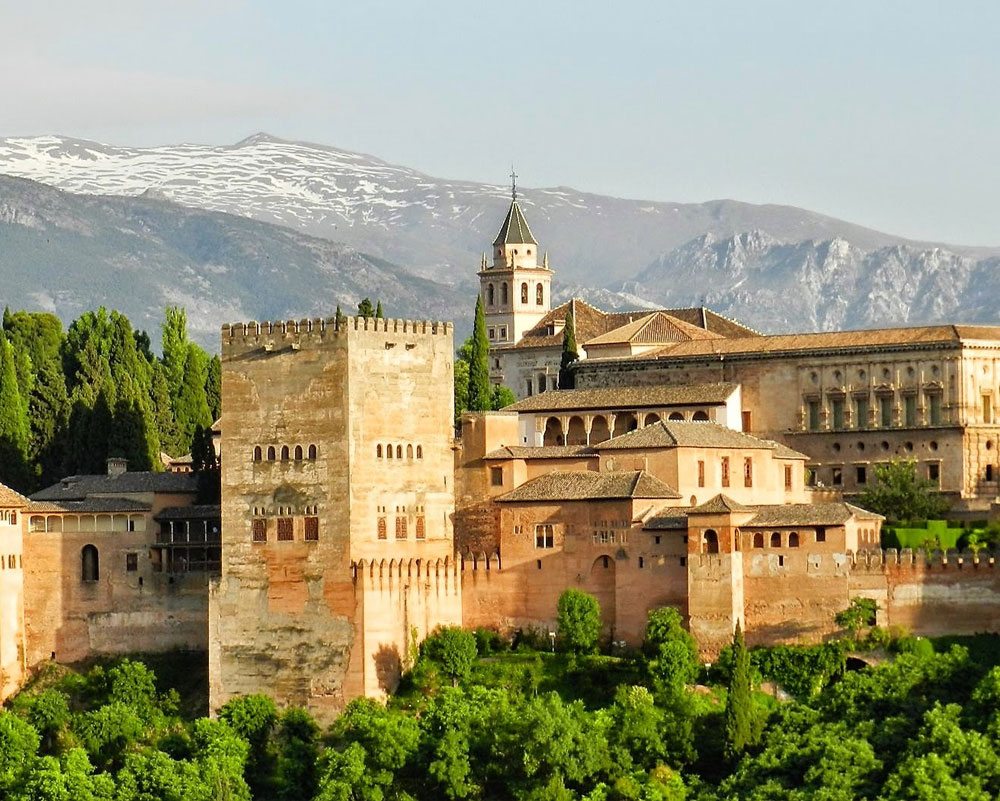 The oldest remaining works of architecture in Spain go back to the Megalythic culture, approximately 3000 B.C. Many breathtaking Roman monuments are conserved and to be found all over the country.

The legacy of the Moors is absolutely stunning. Highlights include the Great Mosque of Cordoba and Granada’s Alhambra in Andalusia. After the country was re-conquered from the Muslims, Moorish architects who remained developed another new style combining their traditional architecture with Romanesque and Gothic elements, the Mudejar style.

In the 12th century the Gothic style was introduced in Spain, becoming most prominent during 13th. century when the cathedrals of Burgos, Toledo and Leon were built.

The Baroque period in Spain coincided with perhaps the country’s most glorious epoch, and one in which extremely rich ornamentation was fashionable. One example is the famous cathedral of Santiago de Compostela in Galicia.

Spain again played an important role in the development of Modermism. Most outstanding are the works of Antoni Gaudí in Barcelona, including his great cathedral “Sagrada Familia”, Bilbao with its Guggenheim Museum, the Marques de Riscal wine cellars in La Rioja or the Science City of Valencia. 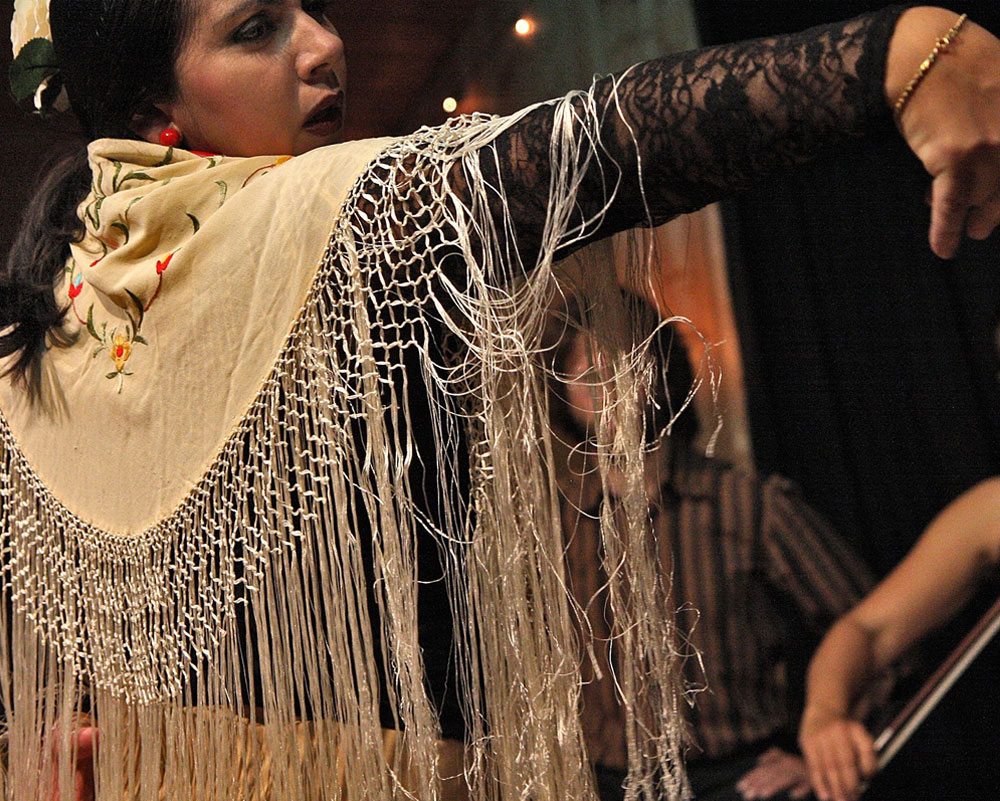 Best known among Spain’s folkloristic traditions are Flamenco and bullfights, but there are so many more. Spain has an outstanding multicultural heritage, and this can be seen in all areas of its social life. There are a wide variety of different festive celebrations to be found all over the country.

Spanish popular festivities and traditions often have a clearly religious origin with many combining a religious fervor with a variety of pagan and festive commemorations. Some of the most popular events are the “Running of Bulls” in San Fermines, Easter week, with its world-famous processions, and El Rocio, a traditional pilgrimage to the village El Rocio in the province of Huelva in May.

Other outstanding Fiestas include “Las Fallas de San José” in Valencia in March, when the entire city becomes the backdrop to an enormous party with lots of good cheer and excellent fireworks, or the Madrid Fiesta “San Isidro” in May.

In Andalusia in the South, on the other hand, the music of Flamenco is a fabric of daily life, and the Feria de Abril, in Seville in April celebrates with an entire week of singing and dancing accompanied by sherry wine and tapas.

Stop wasting your money and time on ordinary golf vacations.

Get advice and expertise to ensure your next trip to Spain is what you dreamt for. Finest Golf Spain will email you twice a month and won´t share your information.

You have Successfully Subscribed!

Your information is kept private